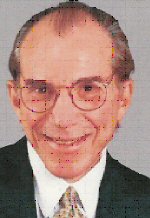 During his career, Mr. Dresnick was successfully responsible for major marketing efforts and plan implementation that involved profit and loss, employees, and balance sheet reengineering, including, finance, operations, strategic and short term planning, human resource, legal, consumer servicing, and Chief Executive of several companies with rapid growth and operational safety.      Mr. Dresnick has had over 40 years of experience as the President of a development company, three mortgage banking firms, a New York Stock Exchange subsidiary that placed $1 billion per year in real estate debt, Executive Vice President of a privately owned real estate syndication company, President of an FDIC-insured institution and the Senior Executive and Chief Lending /Credit Officer for several large insured depository companies.
He has supervised 1,200 people nationwide, including 300 commissioned sales representatives and 50 licensed real estate brokers.
As a builder, of a Subsidiary of a NYSE company, Mr. Dresnick built 250 berths in the City of Alameda and adjoining commercial buildings and finished the construction of single family tract homes in Pinole California.
Mr. Dresnick supervised the largest San Francisco Bay fill project at the time filling to grade 320 acres, and rezoning the property for mixed use while dealing successfully with the City of San Mateo, The Army Corp of Engineers, The Bay Conservation District Commission, and The Nature Conservatory. In addition Mr. Dresnick formed an Improvement District in El Dorado County, California to improve land for recreational lot sales at Lake Tahoe, California, and then supervised the successful sale of the lots.
He has been responsible for the management and sale of thousands of properties of all use types and approximately $40 billion worth of credit extensions on both commercial and residential property including construction.
In addition he has participated on a committee of five that invested billions of dollars in financial instruments over a seven year period.
As President of his own consultant company, he has managed over $300 million worth of distressed property for an FDIC entity, along with a consulting and expert witness practice that includes various corporations.
Mr. Dresnick has been engaged in the past by a NYSE firm to develop business in Japan buying Japanese real estate note receivables secured by real estate from Asian banks.
In addition, he has been responsible for providing financing for a number of leveraged buyouts of manufacturing companies throughout the United States and has managed and sold major hotel properties.
Mr. Dresnick also has managed large problem Homeowners Associations, and has been President of these Associations a number of times to solve problems for their lender owners.
Mr. Dresnick attended the University of California, and was a Trustee of the Schepens Eye Research Institute (An affiliate of Harvard University), as well as on the Executive Committee for five years. He has been a member in the Urban Land Institute.
Mr. Dresnick has been an Expert Court Witness, and an expert in Dispute Resolution of most all types of disputes between companies, and individuals, and Licensed Professionals.
He has been a member of NASD Regulation, Inc. Board of Arbitrators for eight years, and is on The Chairperson panel.
Recently he is using his extensive and lengthy background to Arbitrate Disputes for both NASD, and Arbitrate and Mediate any Commercial Business disputes, and issues between individals including all real estate maters, and any International Disputes.
In addition he is available for any disputes between exporters and importers or, their financing sources, including issues of goods quality, delivery, and multiple financial issues.
Mr., Dresnick maintains a keen interest in Japan and other international affairs.
He is a member of fifteen organizations, or panels covering a wide variety of subjects.