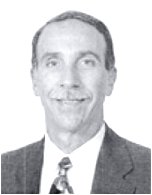 David H. Franzel has successfully mediated many commercial, real estate, contract, and domestic disputes. In his more than twenty (20) years with the Estate of James Campbell (now James Campbell Company LLC), Mr. Franzel acted as principal client representative and managed and resolved many complex disputes relating to real estate, environmental compliance and remediation, insurance underwriting and claims, mold, and construction matters before administrative agencies (State and Federal), lower and appellate courts and well known mediators in Hawaii and on the US mainland. In addition, Mr. Franzel was an integral member of the team which developed and pursued the City of Kapolei concept and that transitioned the Estate of James Campbell into the James Campbell Company LLC, one of the United States’ leading real estate companies. He has also practiced real estate, environmental, international trade and construction law. Mr. Franzel is a frequent panelist at ACC and ABA meetings, teaches seminars on mediation and other alternative dispute resolution methods, and recently authored “A Model Letter for a Model Mediation” which was published in ALI ABA and ABA publications.

An experienced facilitator in the private sector, Mr. Franzel leads strategic planning sessions designed to identify and to capitalize on an organization’s opportunities and to address group organizational issues. He also assists private and public groups in avoiding future disputes by utilizing partnering.

He has conducted public policy facilitation sessions for the State of Hawaii on a variety of topics such as energy, housing, smoking, developmental disabilities, helicopter noise and the future of Hawaii’s State Judiciary.

Mr. Franzel is an active member of many business and professional organizations and currently serves as Chair of the Hawaii State Bar Association Corporate Counsel section and as Chair of the Mid-Pacific Institute Board of Counselors.

A graduate of the University of Wisconsin, Madison, Mr. Franzel received a law degree from the John Marshall Law School in Chicago and is licensed to practice law in Hawaii and Illinois. He is a long time member of the Dispute Prevention & Resolution, Inc. mediation and arbitration panel.

An active private pilot, Mr. Franzel is a member of the Aircraft Owner and Pilots Association and regularly volunteers for the American Cancer Society, Girl Scouts of Hawaii, and the Hawaii State Bar Association. He is a founding docent at the Pacific Aviation Museum and is a member of the Navy League of the United States.