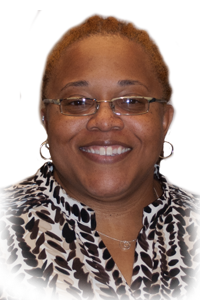 Cherise Hairston, a native Daytonian, joined the Dayton Mediation Center as a volunteer mediator in 1996 and later became a DMC employee as a Mediation Specialist in 1999. She joined the Center to do socially valuable work and give back to the community. She completed her Bachelor or Arts in Political Science and went on to study Conflict Resolution at Antioch University McGregor, graduating with an MA in 1997. She is currently a Ph.D. candidate at Nova Southeastern University and expects to graduate in 2012.
Cherise has completed extensive advanced mediation training and is a “Certified Transformative Mediator” through the Institute for Conflict Transformation. She continues to be involved with the Institute whose mission is to expand the transformative approach to mediation via research, training, publications, and connections with transformative practitioners throughout the world.
Cherise’s areas of concentration and interest are: Conflict Resolution Theory and Practice, Research, Teaching and Training, African-American Indigenous CR theory and practice, women and peacemaking, and Diversity Issues.