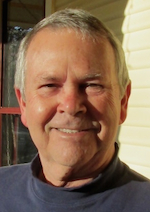 He is the founder and president of Senior Mediation and Decision-Making, Inc. (www.senior-mediation.org), a nonprofit organization that developed a statewide pilot senior mediation program in Maryland and provides training and consulting on mediation in family caregiving, adult guardianship, estate planning and other senior/elder conflict and planning areas around the United States and Canada.  His private mediation and facilitation practice is focused on general civil mediation, senior mediation, family mediation, and nonprofit organizational facilitation and strategic planning.
Rhudy served during 2009-2011 as Director of Mediation for the Maryland Court of Special Appeals, where he created and managed a pilot civil appellate mediation program.  During his tenure, the office mediated nearly 300 appellate cases (torts, contract, domestic, estate,  administrative agency, property, foreclosure, corporate, other) with a 65% settlement rate.  Rhudy personally mediated over 100 cases in this program.  The pilot program is now a permanent service of the Maryland Judiciary.
Rhudy was appointed by Maryland Chief Judge Robert Bell to the Maryland Alternative Dispute Resolution Commission (1998-1999) and to the executive advisory committee of the Maryland Mediation and Conflict Resolution Office (1999-2004).  He served on Community Mediation Maryland's Board of Directors (2005-2010) and was chair of Association of Conflict Resolution-Maryland's Family/Senior/Health Care Mediation Committee (2006-2011).  He was a founding chair of the national Association for Conflict Resolution's Elder Decision-Making and Conflict Resolution Section (Washington, D.C., 2009-2010).  He has been a volunteer in Maryland's community mediation program and the Maryland Civil Rights Commission.   He is a member of Mediators Beyond Borders.
Bob was formerly executive director of Maryland Legal Services Corporation (1986-2003) and the Coalition for Legal Services (Washington, D.C. (1983-1985), and a chief attorney to Maryland's Legal Aid Bureau (1978-1983).  He was previously of counsel to Allen, Babich and Bennett (Des Moines, IA, 1975-1977), with a focus on legislative and administrative advocacy, and executive director of Iowa Public Interest Research Group (1974-1975).  Rhudy has served as consultant to numerous state, national and international organizations on legal aid, access to justice, resource development, mediation, and related areas.  He has taught poverty law, law and aging, and lobbying at the University of Iowa and University of Maryland, and has written numerous books, monographs, articles and columns in his professional areas.
He currently serves on the boards of the Friends Committee on National Legislation, National Equal Justice Library, and Mid-Atlantic Lyceum, and on the Maryland State Bar Association's Committee on Veteran's Affairs and Military Law.  He previously served as president of the Iowa Civil Liberties Union, National Association of IOLTA Programs, and Maryland Association of Nonprofit Organizations, as chair of Columbia, Maryland's city council, on Maryland State Bar Association's Elder Law Section Council, Delivery of Legal Services Section Council, and Alternative Dispute Resolution Section's Nominations Committee, and on numerous other nonprofit boards and public commissions.
Rhudy is a graduate of Virginia Polytechnic Institute and University of Iowa College of Law.