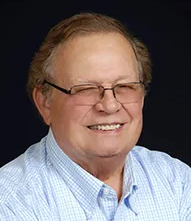 Bill Lincoln is the Executive Director of the Conflict Resolution, Research and Resource Institute, Inc.

With CRI Board Member Polly Davis, he is the Co Founder of the “International Coalition of Concerned Mediators”, currently comprised of over 1,000+ mediatorswithin fifty nations

Bill’s international experience is extensive: Preparing the Sandinistas and the political opposition UNO for Nicaragua’s transitional government negotiations; preparing and providing impartial coaching for all parties in the UN mediated Guatemala Peace Process; serving as co founder and co director of the fourteen year old St. Petersburg based Russian-American Program on Conflictology; unifying a fractionated Solidarity in Poland; developing a professional standard of competency for mediation interveners with the Helsinki Human Rights Foundation; and since 2002 working in Khartoum Sudan with Christian and Islamic factions; and since 2004 working in Afghanistan with a coalition of former “war lords”.

Bill was one of the nine Federal Commissioners on the "U.S. Commission to Hear and Examine Proposals for the National Academy for Peace and Conflict Resolution” which resulted in Congress establishing the United States Institute of Peace [USIP]. He is the recipient of two of the most prestigious awards in the professions of negotiation and mediation: (i) the 2003 annual Master Forum Award by the Straus Center for Dispute resolution of Pepperdine University’s School of Law and (ii) the 2004 annual Award of Excellence by the International Academy of Mediators.

Bill’s federal clients include the Department of Defense, Army Corps of Engineers, Department of Energy, Nuclear Regulatory Agency, Environmental Protection Agency, U.S. Forest Service, Bureau of Land Management, and the Department of Personnel. For many years he has served as adjunct faculty at FEI, and he is a former faculty member of Harvard University.