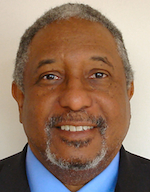 Bernard LaFayette, Jr., Ed.D, Distinguished Visiting Scholar, Summer Institute Emory University. The Rev. Dr. Lafayette, an ordained minister, is a longtime civil rights activist, organizer, and an authority on nonviolent social change. He co-founded the Student Nonviolent Coordinating Committee (SNCC) in 1960, and he was a core leader of the civil rights movement in Nashville, TN, in 1960 and in Selma, AL, in 1965. He directed the Alabama Voter Registration Project in 1962, and he was appointed by Martin Luther King, Jr. to be national program administrator for the Southern Christian Leadership Conference and national coordinator of the 1968 Poor People’s Campaign.