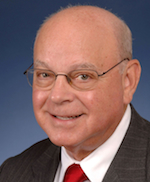 Benjamin Seigel is of counsel to the Los Angeles, California based Buchalter Nemer.  He serves as a mediator  and arbitrator for Judicate West, the Central District of California Bankruptcy Court and as a panel mediator for the American Mediation Association, Inc.
For more than 30 years Ben Seigel, Esq. has been involved in resolving almost every type of business and commercial dispute. He is adept at handling large, complex cases, often involving multiple claims, parties and issues, many of them with long term implications or ongoing business relationships. Since 1995 he has served as a mediator for the United States Bankruptcy Court for the Central District of California and is the recipient of numerous awards for his service. Prior to his work as a mediator, Mr. Seigel was a shareholder and partner in Buchalter Nemer’s Financial Restructuring and Insolvency Practice Group where he represented numerous types of bankruptcy cases throughout the country. His new role serving as “of counsel” to the firm, has allowed Mr. Seigel to focus more on his work as a full-time neutral. In addition to his expertise in bankruptcy mediation, he also has vast experience in resolving fashion and apparel industry disputes. Prior to becoming a full-time lawyer, he was actively engaged in the apparel industry having held positions in nearly every facet including warehouse manager, salesman, credit manager and CFO. Mr. Seigel uses his in-depth analytical, legal and business acumen to craft the best possible resolution for each case that comes before him, often finding creative and customized solutions for seemingly unsolvable problems.