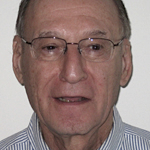 Allan Silberman is mediator, trainer and consultant in the field of alternative dispute resolution. He served as a mediator for the District of Columbia Human Resource Department and is on the panel of the British Academy of Experts. He recently served as the US expert on a World Bank funded project to train civil administrators in the Perm region of Russia in the mediation process.
He is the former Director of the Alternative Dispute Resolution (ADR) Office of the Federal Election Commission (FEC), the agency responsible for enforcing federal election finance regulations governing Congressional election campaigns.  Allan developed the ADR program at the FEC and directed the staff from 2000 to 2006.  He negotiated more than 100 settlements of federal election campaign violations with both Republican and Democratic candidates competing for election to Congress.
Before joining the FEC, Allan was a partner in an ADR consulting firm (in Washington D.C.) that provided mediation, dispute prevention and dispute resolution services and training to federal agencies.
Prior to joining the consulting group, he was Vice President of the American Arbitration Association (AAA) and director of its Education and Training Department (in New York City). He directed a staff that provided more than 125 education and training seminars and workshops annually around the country and abroad on the techniques of arbitration, mediation and negotiations. He trained mediators in the techniques used to assist parties in resolving their disputes and to subsequently serve on AAA’s and various state-annexed mediation panels. He later moved to Washington D.C. to serve as Executive Director of an AAA affiliate established to promote the use of alternative dispute prevention procedures in the construction industry.
Before joining the AAA, Mr. Silberman was a member of the US Foreign Service and severed in our embassies in Sao Paulo, Brazil and Quito, Ecuador, respectively as Labor Attache’ and Political Officer. In Washington, he served as Director of Political Training at the State Department’s Foreign Service Institute and earlier in the Department’s Intelligences and Research Bureau.
He is a graduate of Miami University in Oxford, OH (in political science) and the University of IL where he obtained a Master Degree in labor economics. He also is a recipient of a Fulbright Scholarship to the London School of Economics.