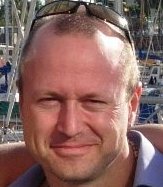 I came into mediation in 1994 from being a Mathematics teacher in a Secondary School in Camden, London. There was often violence in the area in which I taught and pupils that I taught were involved in violence, either as victims or perpetrators.

It led me to attend a course on conflict resolution in order to try to understand the reasons that conflicts are responded to in ways that can be so destructive.

In 2000 I set up and became Director of a community mediation service, Hillingdon Community Mediation where I worked for 11 years until its closure in March 2011, providing mediation in neighbour disputes in West London, training of mediators for our service and other organisations and developing a pilot project in Conflict Coaching.

I also have a website called Communication and Conflict which describes the thinking behind various aspects of mediation, conflict coaching and conflict management practise.