AudioBlog: Talking to the Enemy

I heard an amazing interview on the The World radio program today, with a young American Army commander, Captain Michael Kolton, who decided to reach out and forge a relationship with one of the Taliban commanders that his unit was fighting in Afghanistan. Here is the whole thing:

Captain Kolton made a deal with his Taliban counterpart, a man known as Massoud. Kolton told Massoud that as long as he called every week, the Americans would not hunt him down. Massoud made sure to call every week, and the two men continued to meet and get to know each other. Pretty soon, Massoud was giving Kolton the best intelligence he had ever received, and both found they had more to talk about than they realized.

What common interests could these two enemies, who were both there for the purpose of killing each other, possibly have? And how would these talks serve the Americans’ mission, which was to defeat the Taliban forces?

For one thing, both found that they had some common enemies. The Americans were after some rival insurgent leaders in the area, and Massoud was only too happy to help the enemy of his other enemies track those rivals down. More importantly, both discovered that they identified themselves in a similar way. Both men were in the area to hunt and kill others for a cause. Different causes, to be sure, but the realization that both defined their mission in a similar way helped both discover their common humanity (or perhaps their common lack of humanity).

Kolton began to ask himself, is this man truly evil, or is he fighting for something he believes in, just as I am. Those questions allowed him to feel a certain empathy toward his enemy, instead of viewing him only as the other, as something to be destroyed.

These opposing forces probably have a number of other goals in common. Both may seek an end to conflict. Both may seek political power. And both can probably help the other achieve at least some of those goals by continuing the dialogue. It turns out that the Taliban fighters that the Americans made contact with are now receiving stipends and vocational training from the Afghan government. They do not pose the same threat they once did. Kolton thereby proved the truth of Abraham Lincoln’s saying that the best way to destroy an enemy is to make him a friend.

This certainly seems like a new way of fighting, especially as an initiative from an American soldier instead of the usual way that diplomatic efforts come about. We give medals for heroism in war, usually for uncommon bravery in risking one’s life to help others in the unit. Perhaps we should also consider medals for peacemaking, to reward initiatives that help the army achieve its goals without needless loss of life. As Captain Kolton says in this interview, “the new definition of courage is risking yourself to protect innocent people and reconcile fighters. That new definition of courage is slowly changing the culture of my army.” 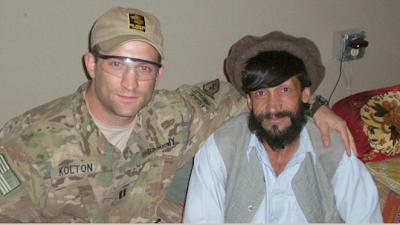 The High Cost of Failing to Prepare for Mediation

First published in the San Francisco and Los Angeles Daily Journals on Feb 24, 2012. Reprinted and/or posted with the permission of Daily Journal Corporation. In joint session, the plaintiff...

When to Limit the Power to Concede

Negotiation Institute By Marty LatzI was recently asked "How much authority should we give our front-line negotiators? They constantly ask for more, but the more we give, the more they...

From the Blog of Phyllis G. Pollack.        My husband is a customs lawyer. He specializes in import-export law and international trade. Thus, for the most part, he represents importers...