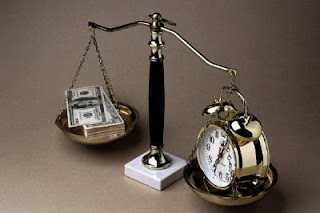 The New York Times article by Sheryl Gay Stolberg, refers to President Obama as "The Cheerleader in Chief" in today's Business Section based upon last week's State of the Union address. As a mediator, I find myself required to do much the same. On the one hand, I am asked to convey an optimism that all conflict can be settled and that the parties can achieve their best possible results at an informal hearing in our offices on the very day set for a mediation hearing. On the other hand, I need to be that realistic "truth sayer" who reminds the parties that the potential exists that the case will not settle, causing a substantial risk to both parties, uncertainty in the outcome and an enormous expense. The article speaks of Obama's first two years being busy with a kind of "triage" of an array of emergencies ranging from an unpopular war to economic crisis. When I hear a mediation, so many times, the parties have been mired in their own discovery disputes, that they are unable to see the potential resolution or "way out". They arrive with a variance of the evaluation of damages and often divergent views of the facts, the law and whether certain evidence will ultimately be developed or admissible to prove their positions.

I particularly loved the example used by Ronald Reagan. He told the story of a boy who got a pile of manure for Christmas and declared, "There must be a pony in there somewhere!" In the end, the article suggests that this is a "trust but verify" moment. I suppose that the parties before me expect no less. A balance I strive to achieve and convey. Even when the parties bring nothing more than manure, an optimistic mediator will help to look for the pony underneath the pile!

read all
Testimonials
"Mediate.com is a unique forum for mediators to share their knowledge and learn from each other. It is one of my favorite sites on the Internet. We are all very fortunate that it exists."
Peter Huang
More Testimonials
Most Popular Articles