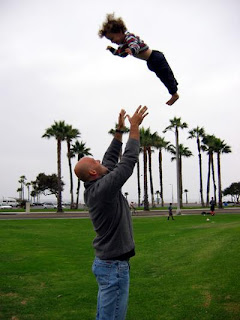 Unless we're raised in an oppressive or abusive family or society, we generally grow up with a certain confident sense of trust. Some of us are better able to preserve the optimism than others. But it is this sense of trust which, in my view, allows a third party neutral to help settle disputes in matters that cannot be settled directly between the two parties. Indeed, in most cases that need a mediator it is precisely because the trust between the two disputants has broken down (or never developed). But without that trust (in somebody--either the adversary or the neutral), the dispute is so much harder to resolve!

A few examples: last week I mediated a business dispute in which the defense lawyer did not trust me (as the mediator) with his trial strategies, his evidence or the basis for his evaluation of the case. I figured this out early, when he negotiated my contract, because he didn't trust that I would not bill him for time beyond that for which I had been retained. Later, he sent sensitive documents to me via email, but wouldn't send them to my assistant, fearing that he would not maintain their confidentiality. The result was that I was as powerless as he and his client to settle that dispute. I spent the better part of 5 hours trying to gain that trust. It was evident to me that the lawyer or his client or both had been burned in previous mediations--and were not about to make themselves vulnerable in ways that needed to happen if the other side was to make major compromises in their position.

But it wasn't until today when I read the New York Times and Washington Post's story of the Israeli attack of the ship heading for Gaza that I understood why. We are now bombarded with so much dis-information, that we've all become a bit wary of trusting the sources we believed in as children. We are all left to "do the research" and make up our own minds what is truth and what is slanted by public opinion. We are all biased by the "side" we've taken in the past--striving to make it consistent with current conduct--rather than accepting that it may be a discordance or bad behavior. One account makes it clear that the Israeli's were set up by Hamas terrorists to act badly and look bad to the worldwide press. The other account (an essay by Michael Chabon in the NY Times, suggests that the Jews aren't, as we as children are told, smarter or more ethical than the rest of the world's population. Essentially, Chabon suggests that the particular Israeli's who performed this particular mission were acting on impulse without regard to higher ethics or intelligence.

Finally, on the personal side, I have been informally mediating a family matter between two close relatives. The trust one placed in the other has been called into question--and two men have had to question a lifetime of innocent trust in one another--about the loyalty of family and friendship as against opportunity and money lost and money gained.

Forgive my rambling, but I have to conclude that the common denominator is trust. Is it smart or expedient to begin with trust or should we all distrust until trust is earned? And can we conduct inter-personal relations, international relations or business relations this way? Is it good for us or bad? In my narrow world of mediation, I would at least posit that if you choose a mediator, you should lead with trusting her to maintain your confidences and work hard to help both sides gain the perspective needed to resolve the conflict between them...which, in my humble view, is always in everyone's best interest. Without some innocent trust, we may all fall down. But children are made of rubber and will bounce back. All of this distrust as adults could have much more dire consequences.

read all
Testimonials
"Mediate.com's Dynamic Website makes my life easy. Whenever I want to change the text, or add text or pictures to it, I can do that by myself, from any computer and it is done in minutes!"
Eric van Ginkel
More Testimonials
Most Popular Articles