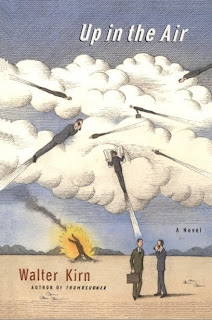 I went to the movies last night and saw "Up in the Air". There were so many messages for a mediator, I'm still trying to process them. The story revolves around George Clooney's job flying around the Country to terminate people from their employment for Big Co. He does his best to re-frame the moment into an opportunity and indeed, seems to succeed at finding the one passion or interest in the person's past that was set aside for all the years of his/her employment that truly drives them. Through a brief, but ever so personal interaction, he attempts to give them hope that their future may be brighter than their past. It is a technique we mediator's call "re-framing" and most of the time, when it's done with thoughtfulness and sincerity, it works to help people accelerate acceptance of a less than optimal result.

Enter a very young Cornell alumna who seeks to revolutionize this business by terminating the employees via Skype. It sounds a little like internet based mediation to me. (I never understood that either). She uses the same approach (even the same lines), but this time is one step removed. NEUTRAL! She makes no personal connection and remains "Up in the Air". On the interpersonal level, both the Clooney character and the attractive young woman find they are unable to make or maintain genuine personal relationships. Their "up in the air" status precludes them from finding a center or home that is meaningful to either of them.

And so it brings me to wonder whether being neutral actually requires the proverbial being "up in the air" (as in not taking sides) or whether it's possible to be bi-lateral instead--meaning human and empathic towards both sides of a controversy.

I really enjoyed this movie and recommend that if you see it you consider these underlying issues...

read all
Testimonials
"I wanted to thank you for having such an informative site. I have been searching for a book on how to choose a mediator unsuccessfully. You have provided me with the tools I need to feel confident about surviving the mediation process as an individual up against a large insurance company with a team of lawyers. Thanks."
JB
More Testimonials
Most Popular Articles