Mediators generally try to reach resolution by getting the parties past the emotional components underlying their dispute.  They might be able to do do this by ignoring those emotional issues, but more typically they let the parties "vent" those issues before leading them to a more "rational" approach.  Either approach may be justifiable depending on the circumstances.   But the question whether it is even appropriate for a mediator who first of all, is probably not a qualified mental health practitioner, and second of all, is acting as a "neutral," and not as one side's or the other side's therapist, to deal with parties' psychological or emotional problems is still worth thinking about.

We could try to answer that question by pointing out the differences between the goals of dispute resolution and the goals of therapy.  In mediation, the goal is to end the conflict, not necessarily to change the inner person, or cure their psychological problems.  We might use some of the same techniques counselors use to help people communicate with each other, so that they can perhaps understand each others' problems better; but we are not necessarily trying to solve the parties' underlying problems ourselves.  And we don't need to know the clinical explanations for people's behavior in order to expose factors that may be exacerbating a dispute, and thereby resolve it.  Sometimes it is enough merely to find out that one of the reasons a family member filed a lawsuit was because they were not invited to a family event, or that an employee was insulted by the way they were treated at work.  Sometimes it is enough for parties to feel that those kinds of grievances have been heard and acknowledged by the other side, to allow them to put the dispute behind them.  Even in a personal injury case, as someone in our group pointed out, where there might not be any emotional issues motivating the decision to file a lawsuit, the injured party may still need to have the insurance carrier listen to and acknowledge their pain and suffering before they can bring themselves to settle the lawsuit. 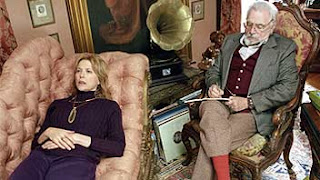 In addition to exposing and communicating these underlying causes, should we also consider "treating" those psychological factors that may be preventing a person from viewing their dispute in a rational way?  Here is where the absence of standards and practices in the mediation field can lead us into the tricky situation of acting like amateur psychologists.  For example, if a person has difficulty settling a lawsuit because they are paranoid, should we try to reduce that person's paranoia in order to get them to trust the other side enough to enter into an agreement with them?  If a person is prone to disputes because they have an irritating personality (like the character, partly based on himself, that Larry David plays on his television show), should we suggest ways for that person to make himself or herself seem less annoying, so as to make the other side more inclined to settle?   If we see someone who might benefit from Prozac or Valium to get themselves on a more even keel, should we suggest that they seek that kind of treatment in order to help them settle their dispute?  And in the converse situation, if we see a party impaired by drugs or alcohol, should we suggest that they sober up before they agree to something they might later regret?  Of course there are also real psychologists or social workers who do mediation, and I'm sure they do it somewhat differently from lawyers or judges.  Yet I think even those qualified mental health practitioners recognize that what they are doing when they mediate a dispute between two people or groups, is different from what they might do in treating an individual as a patient.  I would be curious to hear other mediators comment on where they think mediators might be crossing the line into practicing a field they are not qualified to practice.

Whether we like it or not, every kind of human interaction, whether in the courtroom or around the negotiating table, is fraught with emotional issues.  To resolve a dispute at trial, the jury, which we might think of as a group of amateur psychologists, commonly uses their collective wisdom to figure out what is really going on beyond what the witnesses are telling them.  To resolve a dispute at mediation, we should also have some understanding of what lies beneath the surface.

(Still from Running with Scissors)

read all
Testimonials
"The service provided by Mediate.com is an important one because they go beyond allowing mediators to "advertise" and be easily located in the area they are needed; Mediate.com also educates those whom are looking for an expert mediator and helps them locate one near them."
Scott Rowlett
More Testimonials
Most Popular Articles