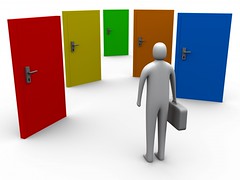 ADR scholar and law professor Michael Moffitt has rightly lamented the lack of meaningful guidance that professional rules of conduct for mediators provide the practitioner. This is especially so when more than one ethical duty is at stake, since codes of conduct provide no instruction on how best to balance one ethical duty against another.

A case from Pennsylvania demonstrates the challenges real-life issues raise. The York Daily Record reports on the controversy generated by the selection of a neutral to mediate a land seizure dispute between county commissioners and land owners. The mediator had served as re-election campaign manager for the president commissioner, who had voted in favor of the land owners. All parties were aware of the mediator’s ties, yet selected him because of his reputation for honesty as the best person to help them settle their differences. Meanwhile, some members of the public are not pleased by the decision.

It’s a real-life case that pits two ethical duties against each other: party self-determination on the one hand, and on the other, the duty to identify, disclose, and avoid conflicts of interest.

If it were you, what would you have done?

Featured Mediators (360)
List Here
Mediation in Today's News
When Mediating in Colorado, Sign a Settlement Memorandum During the Mediation

read all
Testimonials
"Mediate.com has been an invaluable resource for the world wide mediation community to improve and promote mediation."
Peter Robinson
More Testimonials
Most Popular Articles