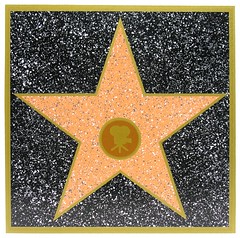 [Editor’s note: In the blogosphere you have to move fast. I’d planned to get this completed and posted last night but instead elected to watch the Patriots vanquish the Jaguars on the road to the Super Bowl, a decision this Pats fan does not regret for one moment. Carrie Menkel-Meadow got here first, but I’m still weighing in with my own two cents.]

Authority wields an irresistible power, as Robert Cialdini recounts in the well-known classic, Influence: The Psychology of Persuasion. In Chapter 6, “Authority”, Cialdini describes a highly successful TV commercial for Sanka, a brand of decaffeinated coffee, in which actor Robert Young, known for playing a doctor on a popular 1970’s television drama, Marcus Welby, M.D., warns against the health risks caffeine poses and recommends Sanka to the viewing audience:

From the first time I saw it, the most intriguing feature for me in the Robert Young Sanka commercial was its ability to use the influence of the authority principle without ever providing a real authority. The appearance of authority was enough. This tells me something important about unthinking reactions to authority figures. When in a click, whirr mode, we are often as vulnerable to the symbols of authority as to the substance.

While today we make light of the phrase, “I’m not a doctor, but I play one on TV”, it nonetheless remains difficult for some of us to distinguish between the actor and the role, between apparent and real authority.

Case in point: actor and holder of the “sexiest man alive” title George Clooney has apparently volunteered to mediate the Writers Guild of America strike that has the entertainment industry in full lockdown.

In all fairness to Clooney, who did not, as previous reports indicate, say, he would tell the WGA “you have to live with this and get over it”, Clooney at least does appear to appreciate that mediation is not an adversarial smackdown. Sources indicate rather that Clooney’s “stance has always been to find common ground and not alienate each other.” His heart’s in the right place.

Nonetheless, what bugs hell out of me as a mediator is how all too often people like the well-intentioned Clooney claim expertise to mediate disputes — as if mediation is a task that anyone can perform, rather than a professional service requiring training and preparation to master.

Learning to mediate is hard and demands commitment — as I hear often from the hundreds of people I have trained over the years to become mediators. At the end of every training I have taught, almost every participant — from the retired judges to the practicing lawyers to the social workers to the corporate executives — tells me that they anticipated learning to mediate would be easy — only to discover that there’s far more nuance, complexity, and skill involved than they ever anticipated.

Among the knowledge and skills that a professional mediator possesses at a minimum are:

I do have a proposal for George Clooney and the other actors who have volunteered to mediate the WGA dispute. Come take a mediation training with me. Not only will you learn some great life skills, but you’ll come away with a better appreciation for the work that professional mediators like me perform. And who knows? If you ever get to play a mediator in a movie, you’ll be ready for the role.

read all
Testimonials
"I have found Jim Melamed and his staff to be extremely helpful, highly responsive and, at all times, acutely aware of the needs of the mediation community."
Gene Moscovitch
More Testimonials
Most Popular Articles