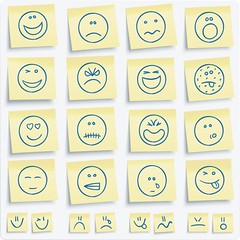 I often hear critics of mediation dismiss it as "touchy-feely".

Yet as the results of one recent poll conclude, half of commercial disputes "get personal" as hearts win out over minds in business-related conflict. This suggests that it may be neither possible nor prudent to ignore the emotions that conflict triggers when it comes to successfully resolving disputes.

In "Emotions and Problem Definition in Mediation", Professor Nancy Welsh, blogging at Indisputably.org, discusses the value of offering parties in mediation the choice of addressing emotional concerns, explored more fully in a soon-to-be-published law review article she has co-authored with influential ADR scholar Len Riskin. Welsh observes about parties,

They may want the emotional impact of their disputes to be a legitimate part of their mediation session. And, of course, one of the great promises of mediation is its potential to incorporate and deal productively with emotions.

As Welsh points out, the question is how:

Len and I decided to adopt the concept of "core concerns" introduced in Beyond Reason by Roger Fisher and Daniel Shapiro. Fisher and Shapiro observe -- pretty convincingly, I think -- that it can be quite complicated to deal directly with emotions in negotiation... Meanwhile, there’s lots of research showing that we lawyers are not too keen on dealing with emotions and personal impacts. So, Fisher and Shapiro propose that negotiators focus on five core concerns that are the source of many of the emotions expressed in negotiations. These core concerns are: appreciation (the desire for our thoughts, feelings and actions to be valued); affiliation (the desire for connection or positive relationships); autonomy (the desire for respect of our freedom to make important decisions); status (the desire for recognition of our standing); and role (the desire for a role and activities that are fulfilling). If negotiators attend to these core concerns, they can trigger positive emotions and respond to negative ones.

Beyond Reason is a text that I use when I teach and is one that I recommend often to clients. It explores a topic that other negotiation texts have neglected or paid scant attention to: how to deal constructively with emotions in negotiation -- both your own and the other person's. It provides numerous examples from both business and family life, making the techniques relevant and meaningful to anyone who negotiates -- or who assists others in negotiating -- to produce real-world results.

read all
Testimonials
"I go to a Jr. high school. I was trained to be a mediator last school year. We started out with about 18 people. By the 2nd and last day of training it was down to 12 people. This year when we got back to school we were down to 8 people. Now we have some new members and we are back up to 16 people. Being a peer mediator is one of the hardest things that I think I have ever done in my life so far, but I'm only 13. Every one that I come across is "like what is a mediator?" It is a really hard thing to explain. In our group last year we saved 2 people from killing themselves. We were very proud of ourselves. This year I have acted like a counselor and have helped a teenage boy from going to jail. That is the type of stuff that is going on in our school today. It is very frightening some days for me to get up and go to school because I never know what is going to happen. That is just some of the things that is going on. We have helped a lot of people and we hope to continue. I think this is a good idea to have a website like this."
Allie Roberts
More Testimonials
Most Popular Articles