Raising criticisms or concerns can often be a heroic act, even within a group whose members know each other well (a reality familiar to anyone who has tried to offer constructive feedback to a sensitive family member or friend.) Pity then the group's newcomer, who can expect even brilliant suggestions to meet harsh resistance. 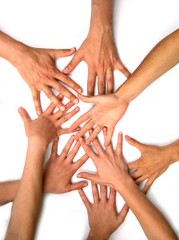 So how to counter that resistance? What's a newcomer to do to gain greater influence in a group?

The Situationist reports on a newly published study that has some recommendations for newcomers seeking to gain acceptance of ideas:

When they criticized their current group, newcomers who distanced themselves from their previous group won over more agreement for their criticisms than did newcomers who embraced their previous group. This effect emerged regardless of how long participants themselves had been members of the group. Consistent with predictions, where there was a positive effect of distancing from the old group, it came about because the distancing strategy was successful in increasing perceptions that the critic was psychologically attached to his or her current group identity.

The report can be downloaded for a brief time only in PDF. Link good at time of posting.