The invaluable publisher Drawn and Quarterly has ventured smack dab into current legal controversy with the February 2017 release of Terms and Conditions: The Graphic Novel, by Robert Sikoryak.

The artist has taken the complete text of the iTunes Terms and Conditions and set them to graphic comics form.  Moreover, each page of the book is an homage to a particular classic comic.  So the legalese of the click-through user agreement promulgated by Apple is adorned by exciting, often iconic, comics such as Peanuts, Donald Duck, Green Lantern, Rex Morgan and Barney Google.  Each page has been modified so that the leading male character is a mock-up of Steve Jobs, complete with black turtleneck and a scruffy beard. 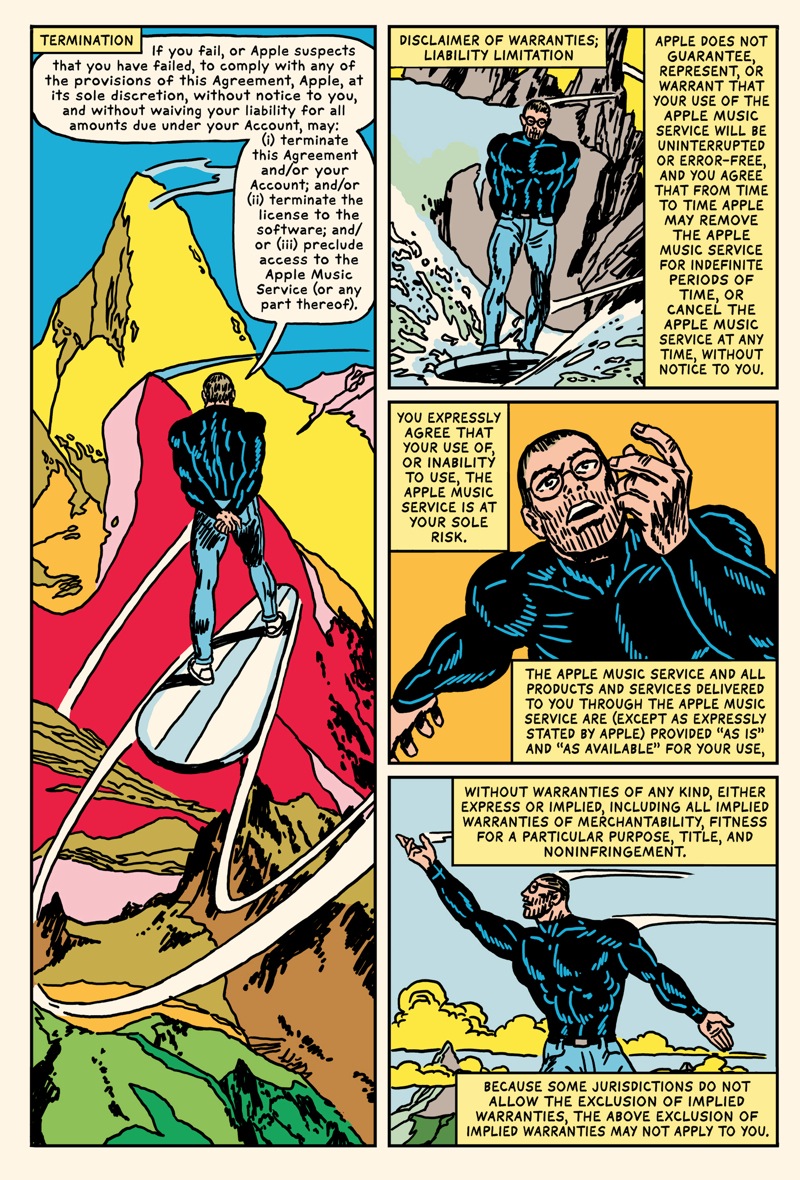 Needless to say, as a student of consumer arbitration jurisprudence I immediately sought the portions of the book addressing dispute resolution.  I expected to  find both an arbitration agreement and a class action waiver.  I found neither.

The agreement provisions from the iTunes Store are based on Beetle Bailey, and call for application of California law and resolution in the courts of California.  So does the App Store agreement (based on the Japanese manga artist Katsuhiro Otomo), and so does the provision from the Apple Music contract (based on Brenda Starr).  No arbitration, no class action restrictions.

One feature will never die, though — the one that says that Apple can change any of these terms unilaterally, and that continued use of the product will constitute the consumer’s agreement to that change.

It is only a question of time before someone cries during one of your mediations. For a new mediator this can be unsettling. What does it mean and what intervention...

Listening to the Language and the Voices of Terrorists

On September 14, 2001 President Bush stood on the ruins and ashes of Ground Zero. He was addressing the rescue workers wearing a sports jacket with an open-collar shirt. The...

Novo Justice Blog by Colin RuleMonica Goyal on ITBusiness.ca: “These two sites facilitate settlement in different ways: PeopleClaim by introducing risk to reputation, and Fair Outcomes by incentives to negotiate...