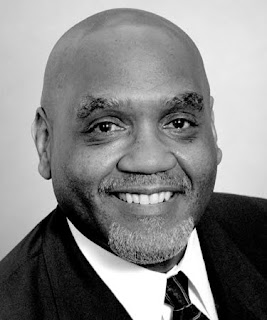 I recently conducted a Q & A via email with JAMS neutral Homer LaRue (pictured left), Esq. who is the new Chairperson for the American Bar Association’s Section on Dispute Resolution. The Q & A was originally published at www.EnjoyMediation.com.

1. Tell us how you came about becoming the Chair of the ABA section on Dispute Resolution?

3. During your time as Chairperson, what would you like to see happen within the Dispute Resolution Section?

The Section of Dispute Resolution plans to continue our efforts to reach out to dispute resolution practitioners from around the world. Last year, the Section organized the International Mediation Leadership Summit at the Hague, where we convened a broad dialogue between the ABA and mediation leaders from around the globe. In 2010 we will convene an international dispute resolution summit with significant representation from Asian countries.

Dispute resolution practitioners can obtain practical guidance for their ethics questions thanks to the National Clearinghouse for Mediator Ethics Opinions and the Section’s Ethical Guidance process. The Clearinghouse provides opinions from 43 states to help mediators make smart choices in their practice. The database contains a short summary of each opinion with a hyperlink to the original opinion or document issued by the state or national body. Practitioners also have the option of submitting a specific question about their own ethical quandary to the Mediator Ethical Guidance Committee. We want to see the continued expansion of this valuable service to our members and the public.

During the next year, the Section will continue working on developing a formal Policy on Dispute Resolution, a statement of principles which will establish the Section’s positions on issues like informed consent, access, education, compensation, qualifications, conflicts of interest, ethical standards, impartiality, and fairness.

The Section also intends to embark on a new public education initiative, making greater efforts to make mediation and other forms of non-litigation dispute resolution techniques more familiar to the population at-large. Some ideas being considered for action include a national ad campaign, a federally designated dispute resolution day, and a popular media depiction of dispute resolvers at work.

4. Do you think there is any distinct divide between the ADR professionals who are also attorneys and those who are not?
It is certainly true that the more that lawyers have embraced mediation and other alternatives to litigation for the resolution of disputes, the more there has been a demand that the neutral (particularly mediators) have subject matter expertise related to the dispute. I think that this trend toward subject-matter expertise has tended to increase a divide between mediators who are lawyers and those who are not. The distinction is often given more importance than it is due. The key to the successful assistance to the parties in resolving their dispute is often the mediator’s expertise in issues of process and relationship-mending rather than the substantive legal issues involved.

I was one of the chief negotiators, who participated in the discussions, which led to the merger of several dispute resolution organizations, resulting in the creation of the Association for Conflict Resolution (ACR). My impetus for taking on that role was my strong belief then, and my belief today, that the field is best served by the existence of a diversity of voices, those organizations representing mediators who are not lawyers, as well as, a robust organization representing mediators who are lawyers.

5. Many court connected mediation programs require the mediators on their roster also be attorneys. As Chairperson, do you support this requirement?
The Section encourages courts and other ADR-service providers to focus on the needs of the parties in the successful resolution of their dispute. The parties are usually best-served when the roster contains a variety of persons from different backgrounds and different disciplines.

6. What’s your take on mediation and the issue of certification? (follow up) Should one group (i.e. IMImediation.org or ACRnet.org) take the lead on this?
The certification of mediators is probably one of the hottest debated issues in the profession today. The Society of Professionals in Dispute Resolution (SPIDR), as far back as 1987, formed the first Commission on Qualifications. The question that it addressed was, “What qualifies someone to be a dispute resolver?” In 1994, I served on the second Commission which re-visited the issue. The central principles adopted by the first SPIDR Commission and re-confirmed by the second are an instructive answer today to the question of certification because those principles recognize the need to strike an appropriate balance among competing concerns:

· That no single entity (rather, a variety of organizations) should establish qualifications for neutrals;

· That the greater the degree of choice the parties have over the dispute resolution process, program or neutral, the less mandatory the qualification requirements should be; and

· That qualification criteria should be based on performance, rather than paper credentials.

I continue to believe that the principles formulated by the Commission have as much relevance today as when they were first formulated.

7. What ADR websites do you follow?
It depends on the matter that I am interested in. There are a number of excellent websites which can be very helpful depending upon the issue or subject matter about which I have some interest. Of course, the Section of Dispute Resolution of the American Bar Association maintains a website that is, I hope, an invaluable service to service providers as well as to the users of ADR services.

8. What is the biggest issue currently facing ADR professionals?
Without trying to pinpoint a particular topic or issue, I would say that one of the most challenging issues facing the profession today is how to continue to grow while ever-increasing the quality of service that ADR professionals provide and maintaining the diversity of that service. This means we professionals in the field need to do more education of the public about the advantages of mediation and other forms of dispute resolution that do not entail adjudication.

9. Do you follow any ADR blogs?
I am a mediator, an arbitrator and a law professor; therefore, I review a number of blogs depending upon what issue or question I may have at a given time. They are an ever-increasing way to stay abreast of issues and changes in a rapidly growing field.

10. Is there anything you would like to add?
Thank you for the opportunity to share some of my views about ADR and its practice. I look forward to serving the members of the Dispute Resolution Section of ABA and to move the Section forward in helping to shape and improve what we know as ADR. We all are aware now that “ADR” does not mean “Alternative Dispute Resolution,” rather, it means “Appropriate Dispute Resolution.” I hope that I can continue to help the public understand the true meaning of ADR. Thank you.

Jeff Thompson, Ph.D., is a professor at Lipscomb University, researcher, mediator, and trainer. He is also involved in crisis and hostage negotiation as well as a law enforcement detective. His research includes law enforcement crisis and hostage negotiation in terrorist incidents. He received his doctorate from Griffith University Law School… MORE >

This presentation introduces four specific steps for effectively transforming even the most provocative personal attacks into something constructive. Listeners may wish to also read Chapter 4 of Party-Directed Mediation, Interpersonal...

Would I Prefer Mediation For My Divorce?

Mediation is a process where you and your spouse will sit down with a neutral person who will help you, sometimes with and most often without attorneys present, to negotiate...

When is Your Next Question Born? In the Moment Before.

Going into a difficult conversation with a little forethought is wise indeed. Being curious and figuring out in advance what you want to understand better is also wise. But don’t...